Massive MIMO provides spatial multiplexing and/or diversity gains. Hence, they are capable of dramatically increasing the spectral efficiency (SE) without extra frequency, power, or time resources. From the perspective of the number of user equipment (UE) supported on the same time-frequency resources.

That makes it a suitable technology for the implementation of 5G which deals with the high frequency and a very large number of users (according to claims and trail run 1 million users per square kilometer). But, a major drawback of current Massive MIMO that it suffers from the near-far problem. Near far the problem is a problem that wireless communication is facing since like the beginning of time. So, what is this near-far problem, it is simply the problem of data rate or difference of the data rate that is experienced by the users. The user which is near the antenna enjoys a higher data rate than the user which is far away. This is due to the reason that farther the single travel more it loses its’ power. This is one of the major disadvantages of traditional cellular design. 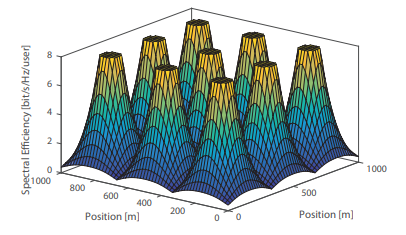 Fig 1. Above fig 1. is representing a graph showing that rate difference due to the near-far problem of cellular network design.

The solution to the above problem:

Cell-Free MIMO design is the solution to the above problem.

Fig 2. Cell-Free Massive MIMO not only solves the near-far problem of the network but also keep the high directivity of the Cellular structure.

Fig 3. Data coverage. Left: cellular network. Right: cell-free Massive MIMO network. SE achieved by UEs at different locations in an area covered by nine APs that are deployed on a regular grid. Note that 8 bit/s/Hz was selected as the maximal SE, which corresponds to uncoded 256-QAM.