Self-driving vehicles transforming into reality is the most anticipated and revolutionizing technology of the century with major automotive players making moves to solidify their grounds in the industry. Waymo, a unit of Googles parent company Alphabet Inc and Fiat Chrysler are forming a partnership to co-produce autonomous commercial vehicles. Waymo will be receiving full exclusivity from Fiat Chrysler in fully developing self-driving vehicles.

The end goal of this partnership is to co-develop light commercial vehicles by integrating their technology with some of Fiat Chrysler models. The major advantage for Fiat Chrysler would be the capabilities that Alphabets subsidiary would give out in processing big data and making the autonomous vehicle a reality, where Fiat would provide the customer base required for the sector to flourish and a mechanical platform (i.e. vehicles) for Waymo to test. As fossil fuels are depleting and the requirement for alternate energy, the market for autonomous vehicles is increasing side by side and would dominate the roads.

This type of initiative taken by self-driving car companies and car manufacturers to partner up towards diverting their investments and engineering resources. The major focus is on the light commercial sector of autonomous vehicles. Autonomous vehicles are forecasted to hit the road by 2030 and completely dominate it by 2045, where every car on the road would be autonomous.

According to economictimes.com, the global autonomous car market is expected to decline from $24.10 billion in 2019 and to $23.33 billion in 2020 at a compound annual growth rate (CAGR) of -3.19 percent. Mainly due to the effects of the COVID-19 outbreak. However, it also states that the market will recover and reach 37.22 billion in 2023 at CAGR of 16.84 percent, showing a promising future for this market around the globe. 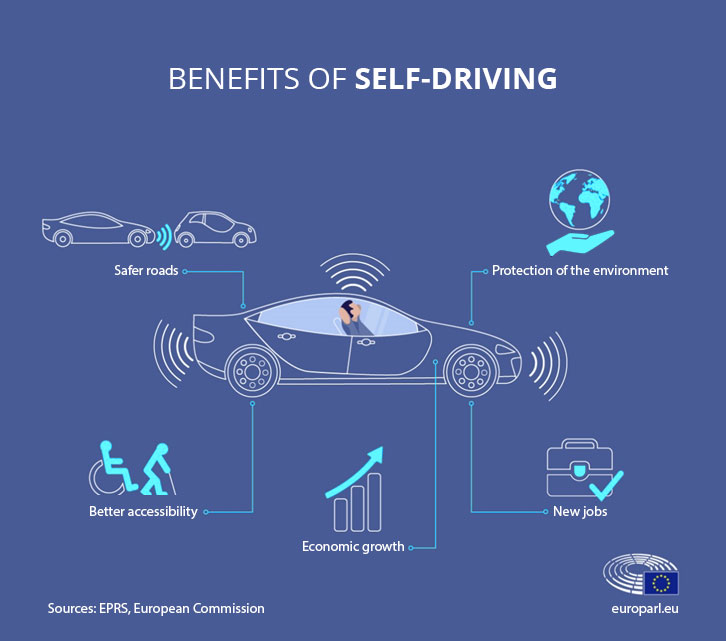 Autonomous cars could disrupt logistics, electronics, and ICT, restaurants and accommodation, business service, and construction. This shift will also help reduce the price of road transport and logistics services, which in turn would affect labor and fuel costs while allowing trucks to operate all round the clock, which would result in time-saving for companies. This technology would change the supply chain, disrupt property values and change business models to B2B and consumer industries. In the larger interest, it would also benefit in terms of road safety, better accessibility for the physicals challenged, reduce environmental impacts and also create new jobs in this sector as the growth is promising.

The current scenario in the market is shifting from fossil fuels to carbon-free fuel, to read about recent updates on Green hydrogen fuel generation. Click on the link below.