Yellow fever is an acute viral infectious disease that is transmitted to humans through the bite of infected mosquitoes. Though there are many cases where it has a mild and limited effect on health, yet, for some patients, it becomes a life-threatening disease. Especially, in countries like South America and in some areas of Africa, yellow fever has been declared as endemic. It causes hemorrhagic fever and hepatitis (hence, the term ‘yellow’ comes from jaundice, where skin and eyes turn yellow). 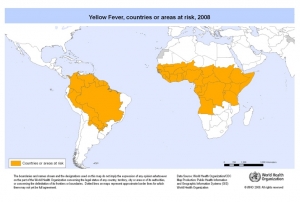 There has been increasing in the number of patients suffering from yellow fever since last few decades.

The virus responsible for yellow fever was first isolated in the late 1920s. Later on, Max Theiler developed a vaccine against it in the 1930s. The yellow fever virus is a ssRNA virus that replicates in the lymph nodes and spreads into the bloodstream. This spread can affect lymph nodes, kidney, liver, spleen. The tissue damage that is done to the liver leads to jaundice and disrupts the blood-clotting mechanism leading to hemorrhagic complications.

Various species of Aedes and Haemagogus serve as vectors in the transmission of the virus. The incubation period for the disease is 3-6 days. The vaccine used against yellow fever is a live virus vaccine whose single dose provides lifelong protection. 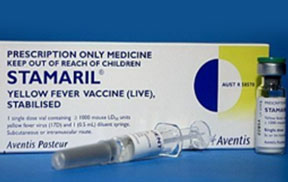 Nanopatch Vaccine: An alternative to the conventional delivery system

Invented by a biomedical engineer Mark Kendell at the University of Queensland, Nanopatch is a postage stamp sized silicon wafer with thousands of microscopic projections dry-coated in the vaccine. In this technology, an array of thousands of vaccine coated micro projections is applied on the skin with the help of an applicator device, which then perforates into the outer layer of skin. The vaccine is released into the key immune cells lying immediately underneath the skin. The main component of this technology is the Nanopatch array itself, which consists of one cm² of silicon with 20,000 micro projections invisible to naked eye. 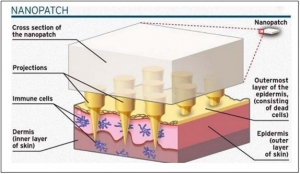 The patent for Nanopatch Platform belongs to vaccine technology company Vaxxas, which was a start-up of the University of Queensland’s UniQuest commercialization company. 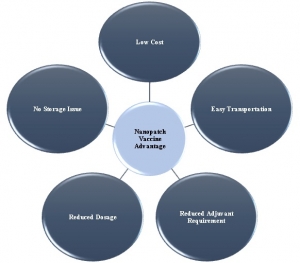 Professor Mark Kendell invented Nanopatch to replace vaccine for polio but now their use can be extended to eradicate other diseases also. One of the potential diseases could be the Yellow fever. Nanopatch has the potential to answer the vaccination challenges faced in the region of Africa and South America as listed above.

Professor Kendall founded vaccine technology company Vaxxas for the purpose of developing and commercializing the Nanopatch. In the first round of funding, he raised A$15 which was one of Australia’s largest-ever business investments in a startup biotechnology company. Later on, it raised A$25 million. 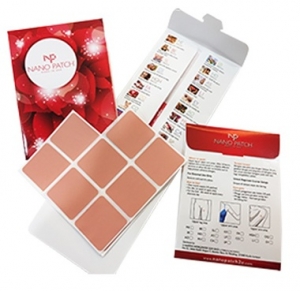 At present, Vaxxas is under the business partnership with one of leading pharma company Merck for evaluation and commercialization of Nanopatch for vaccine candidates. The Nanopatch may be commercially available by 2020, but at present, it is undergoing series of the clinical trial.