Diabetes is one of the most common metabolic diseases that occurs when pancreas is no longer able to produce insulin or when body cannot make use of the insulin so produced which leads to high blood sugar levels. Over time, having too much glucose in the body leads to the complications to various organs – patient’s eye, heart, kidney, foot, blood vessels, nerves and so on. Since the  number of  diabetic people is dramatically increasing, therefore it has become one of the  most common diseases which is harmful to human health.[1] There are  three main type of diabetes i.e. type-1  diabetes (also known as Diabetes insipidus when body produces very little or no insulin), type-2  diabetes (also known as Diabetes mellitus  when body does not make use of the insulin produce) and  gestational diabetes (i.e. high blood glucose during pregnancy). Diabetic patient needs daily insulin injections to maintain blood glucose levels under control, however, daily insulin injections lead to poor patient compliance and various side effects such as localized subcutaneous tissue, cell proliferation, hardening, and high insulin response. For this reason, there is a need for alternative strategies and non-invasive routes of administration.

Oral administration of insulin is gaining much interest nowadays as it offers various benefits such as versatility, biocompatibility, protective effect against enzymatic degradation, and cell-specific targeting. Researchers are working to find a way to orally administer insulin to diabetic patients. The one of the biggest hurdles was the acidity of the stomach which degrades the protein before it can pass through the intestine for absorption. Oramed, a pharmaceutical company has developed an oral insulin which is now in final Phase 2b human clinical trial and registrations that could bring the treatment to market within a few short years.[2]  This oral insulin is not only a pH sensitive capsule coating that protects the drug until it reaches the small intestine, but it also enhances the ability of the insulin to permeate the intestinal membrane and better cross into the bloodstream.[3] 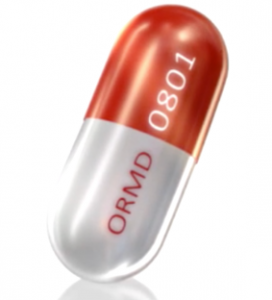 Various researchers used Antigen-specific immunotherapies as it holds the potential of inducing tolerance, for example, the researchers of DIIAMYD MEDICAL is working on immunotherapeutic treatment by formulating an insulin formulation with alum or saline solution to treat or prevent a diabetes disease. The administration of an insulin antigen formulation can be oral, sublingual, intramuscular, intradermal or intra-lymphatic. This treatment regimen is based on haplotype and specificity of said initially occurring autoantibody.[4]

Various advancement in oral insulin formulation has been developed by various companies and institutes such as Massachusetts Institute of Technology, Brigham and Women’s Hospital and Novo Nordisk have come up with an insulin pill which is inspired by the tortoise.

This pill is having the size of blueberry and it contains a small needle made of compressed insulin. After reaching stomach, it adjusts its orientation to ensure contact with stomach tissue before injecting the medicine. During development, researchers faced major challenge i.e. to ensure that the injector wouldn’t misfire. So, they turned the leopard tortoise as it has structure that enables it to flip over when it falls into back and therefore, by using computer modelling, the scientist designed a pill with similar shape so that the pill can reorient itself to be in the right position. In tests in rats and pigs, the drug successfully lowered blood sugar to levels like those seen with insulin injections.[5]

Another advancement is by Alexander Macgregor who is doing research by developing a composition which consists of metformin or insulin-sensitizing oral hypoglycemic agent for reducing postprandial glucose excursions and for achieving superior blood glucose control in mammals, such as humans with insulin-related disorders which shows a reduction of

Recently, pharmaceutical companies have encapsulated several peptides and permeation enhancers to promote absorption by small intestine. Mitragotri’s team at Harvard have encapsulated insulin in a liquid which has consistency of honey so that the capsule dissolves in small intestine and viscous liquid gloms onto the lining and briefly disrupts the lipid membrane of the cells on the surface, allowing the insulin or other drugs to be absorbed.[7]

Since, various researches are devoted to the development of alternative models of insulin delivery that are safe, effective and do not involve injection. One such effort is by Generex biotech company which developed an Oral-Lyn i.e. “a liquid formulation of human insulin that is sprayed into the mouth by using proprietary Rapid Mist device” in an alternative to subcutaneous injection and involves advanced buccal drug delivery technology.[8]

Companies are very much interested in developing oral insulin to replace the daily injections as well as to net a massive share in the market, therefore, investment in research is substantial and ongoing.