Consumer interest is rapidly growing in plant–based products since plant proteins provide more nutrition value from fiber, healthy fats, vitamins and minerals as compared to animal proteins. Further, the need for clean labels, ease of digestibility, the need to avoid food allergens, compatibility with vegetarian and vegan lifestyles and concerns over food sustainability are some of the other factors that are driving demand for plant-based protein products.

Plant based protein ingredients are available as fractionated concentrates and isolates in the form of powders, primarily used for food fortification[1]. Additionally, the industry is also working towards developing colors, sweeteners & flavors derived from plant sources. Natural food dyes such as carrot concentrate, red beet root juice concentrate etc. are being used to replace synthetic colorants to aid clean labeling.

Vegetable sources such as soy, pea, canola and other algal proteins are widely used in food and beverages. Although soy has been the dominant plant protein source, the need for clean label, non-GMO, vegan protein ingredients which are sustainable and allergen free, has led to experimentation with other plant sources. [2]

A recent addition to the plant protein source is chickpea. Being introduced by Nutriati under the brand Artesa, chickpea proteins not only deliver a superior taste, aroma, mouthfeel and appearance to the foods, but also provide superior oil & water binding qualities, freeze/thaw stability, solubility/dissolution as well as suspendability as compared to other plant proteins.[3] 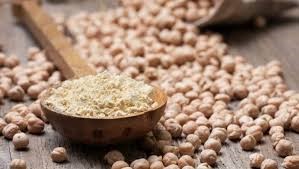 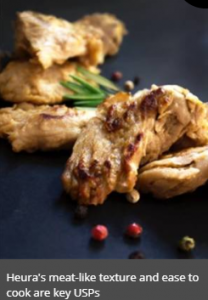 Plant-based protein market is tremendously increasing, and many companies are cultivating for the novel sources. One of the California based organizations, Plantible Foods is working on the new aquatic plant – LEMMA, also known as duckweed [4].Being advantageous in cultivation and scaling, lemma protein can be a strong contender. Plantible Foods says that it offers benefits unmatched by other plant-based protein sources.

Another source of novel protein is LENTEIN[5], derived from water lentils, is described as the world’s most sustainable and complete food source like animal protein. PARABEL USA is working on LENETIN has recently earned GRAS status by USFDA.

Whereas one side of the industry is focused on utilizing newer sources for plant proteins, the other side is working towards developing innovative food and beverage products using existing plant proteins.

Based on a proprietary blend of pea protein, rice brown proteins and coconut milk base, Aloha[6] has launched a new plant-based protein beverage developed specifically for premium whole-body replenishment which is available as a shelf-stable protein drink with three flavors i.e. Chocolate Sea Salt, Coconut and Vanilla. This drink provides 18 g of protein with only 5 g of coconut sugar for nutrition and digestion which serves as a nutritious protein drink. 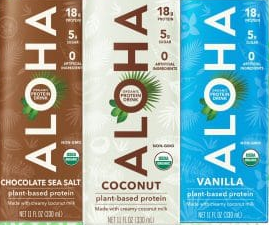 Another product development has been done by a Spanish start-up Foods for Tomorrow by developing a plant -based protein product described as a “new generation” under the Heura brands[7] to replace the meat. Heura is made up of soy legume, which is highly rich in protein, fiber, isoflavones and does not contain gluten, sugars and cholesterol. Key product features-texture of meat and easy to cook are exploited for introducing it into the EU market.