Zeolites have been studied long before 1930’s for their structure identification and sorption capabilities[1]; they are microporous solid structure having different pore size which depends on the geometrical arrangement of aluminium and silicon molecules in three dimensions. It plays as a good host to various cations viz. Na, Ca, water molecules, and even organic molecules of smaller sizes fit the pore of corresponding zeolite frame[2]. Also, studies have been performed for finding their scope as possible hosts for anions; Barczyk et.al. performed studies using phosphate, arsenate and chromate anions and concluded that these anions cause change in IR spectra of zeolites that lead to change in structural arrangement of zeolite frame[3].

By dealumination of aluminosilicate structures, we can alter Si/Al ratio which have a great impact on hydrophobicity, ion exchange capacity, stability, and other properties of zeolite having direct effect on catalytic activity and selectivity of zeolite[4]. Similarly, deboronation can also be employed to replace boron atoms in borosilicate and replace by introducing titanium, and other elements of interest[5]. Following is the pictorial representation of deboronation in ERB-1. 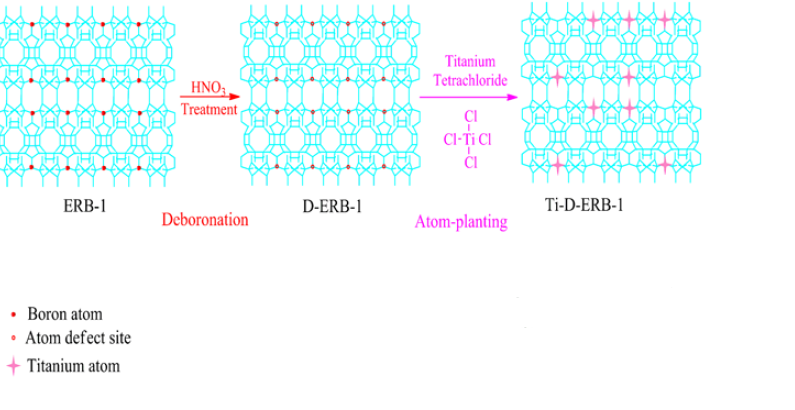 Various frameworks of zeolite could be synthesized involving deboronation and dealumination steps on aluminosilicate structures[6],[7].

Microporous nature of zeolite makes it a natural filter medium and pores allow foreign bodies to find an accommodation place for any reaction. So, based on mechanism of action following are three broad application areas[8]:

Based on application areas:

There are various approaches to synthesize organic structure directing agents (OSDA). OSDA are basically guides to synthesize zeolite of framework and pore size as per the industry/application requirement[9].

In conclusion, still there is core research going on for synthesizing zeolite framework. The templates for zeolites or OSDA are still being optimized for zeolite synthesis; new approaches are being experimented in order to design OSDA.