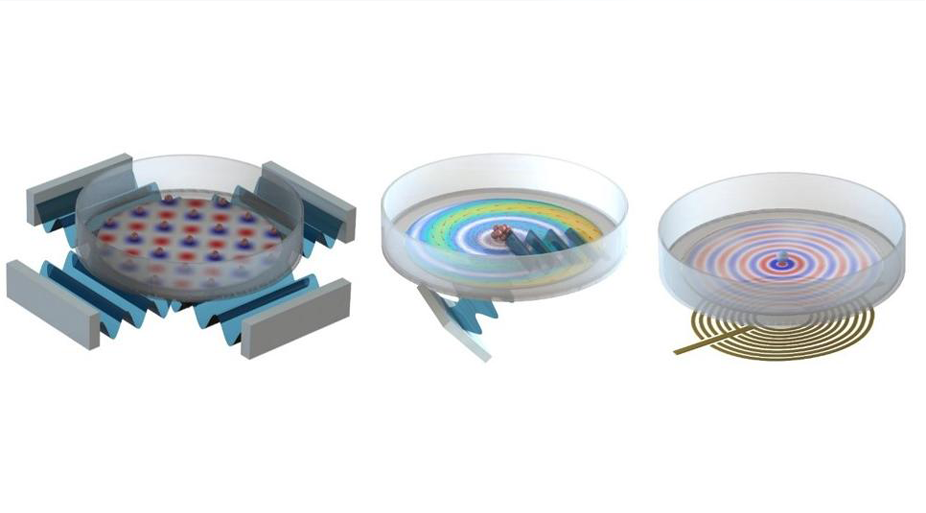 Mechanical engineers at Duke University demonstrated a series of experiments using sound waves to control particles and cells inside a Petri dish. A Petri dish is a shallow transparent lidded dish used by researchers to store the growth medium where it is possible to cultivate cells, originally cells of bacteria, fungi and small mosses. Engineers have used “Acoustic tweezers,” which allows cells and bioparticles to be precisely manipulated without touching them.

In an acoustic tweezer, sound waves that are guided towards each other drive object to the position where the waves meet called a “trapping node.”If the item is stuck there, the node’s location may be repositioned as desired by changing the sound waves’ strength or amplitude. As the node moves, the object stuck within it, too. Acoustic tweezers provide a touch-free, gentle and non-destructive method to hold and manipulate even tiny objects — for example, one single cell or particle. An object can be moved in three dimensions using different sound waves. It helps scientists combine objects with great precision and create two-dimensional and three-dimensional structures from trapped objects. 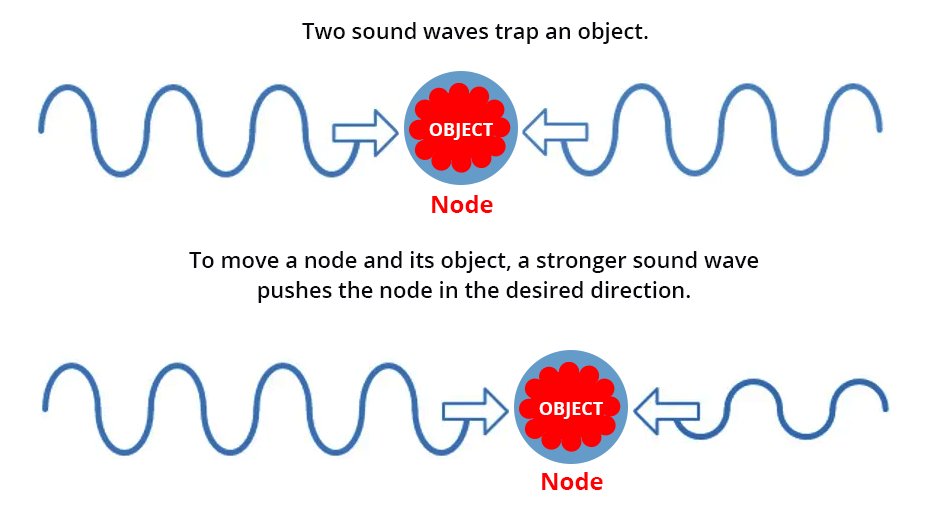 The engineers present three different prototypes in their research paper. They all used small piezoelectric transducers connected to the edges or below Petri dishes. These transducers transform electrical energy into sound waves and move objects in almost any Petri dishes direction. 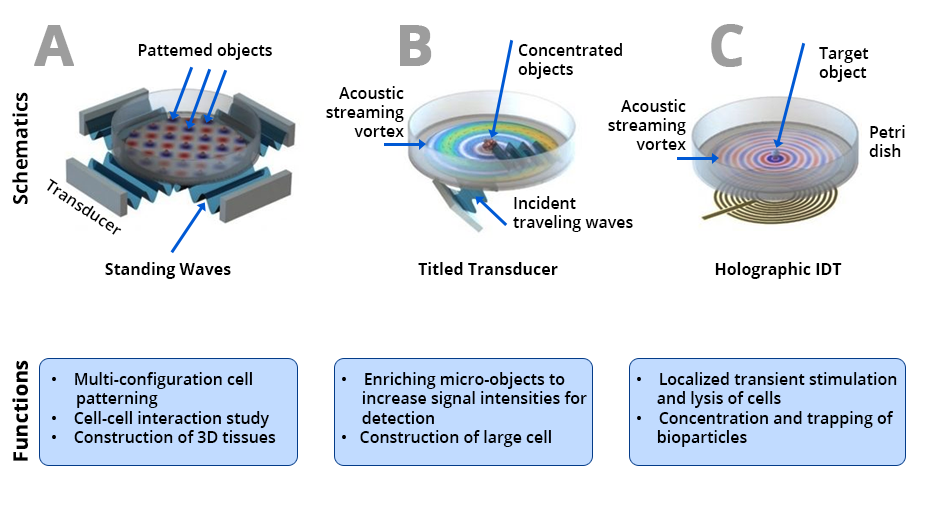 Illustrations of the acoustic tweezer systems used in Petri dishes for handling bioparticles.

From the Inventor Desk

Tony Jun Huang, Professor of Mechanical Engineering and Materials Science, said, “Recent advances have led to many advanced, versatile tools,” “However, at the end of the day, the success of this domain depends upon whether end-users such as chemists, clinicians or biologists are willing to adopt this technology or not. This paper shows a step toward a much friendlier workflow to make it easier for end-users to adopt this technology.”

Despite recent advancements in acoustic tweezer-based solutions for biomedical research applications, most of the acoustic tweezers produced earlier have restricted workflow flexibility in biomedical laboratories and lack reusability. The traditional acoustic tweezers which have been used for cell manipulation, most of them require specialized microfluidic channels/chambers, which typically involve time-consuming and expensive manufacturing and sterilization steps, and are therefore not often used in biological and biomedical laboratories. Additionally, skilled engineers generally are required to design and operate them. This research develops acoustic tweezer devices that can directly control the Petri dish’s bioparticles, the most popular laboratory cell culture tray. It leverages many of the advantages that are built around handling Petri dishes, such as low cost, disability, sterility and current assay workflow.