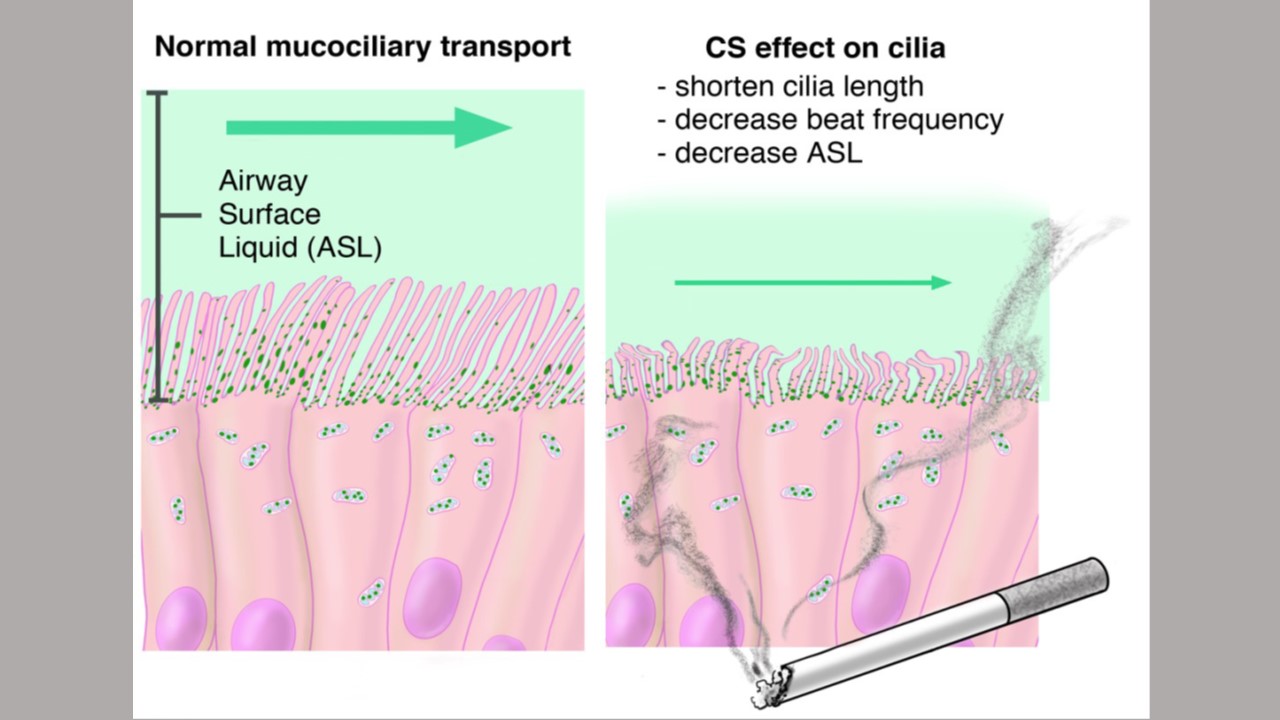 In a series of experiments that began with amoebas — single-celled species with podlike appendages that help them move around — Johns Hopkins Medicine researchers believe they have discovered a genetic mechanism that could be triggered to help sweep mucus out of the lungs of people with chronic obstructive pulmonary disease, a common lung disease.

Physician-scientists and fundamental biologists collaborated to explain an issue at the origin of significant human disease. As is always the case, the problem was related to cell biology at the most fundamental level.

The researchers claim to have taken a novel approach to study the genetics of COPD disease by focusing on an amoeba with a much simpler organic structure than human cells to identify genes that may protect against the harmful chemical compounds found in cigarette smoke. The researchers focus on the ambitions to target amoeba to trigger COPD.

Chronic obstructive pulmonary disease (COPD) is a long-term inflammatory lung disease that causes airflow obstruction in the lungs. Breathing difficulties, cough, mucus (sputum) formation, and wheezing are some of the symptoms. COPD, which is impacted by cigarette smoke, has no therapeutic solutions. Here researchers provide a novel approach of genetic selection of amoeba Dictyostelium discoideum to indicated genetic protectors to cigarette smoke.

According to the Centers for Disease Control and Prevention, chronic obstructive pulmonary disease (COPD) is the fourth leading cause of death in the United States, affecting more than 15 million adults. COPD allows the lungs to become clogged with mucus and phlegm, resulting in a chronic cough, wheezing, and trouble breathing.

The research provided an effective and efficient way to treat patients with COPD. The researchers were looking for a way to see if ANT2 could guard against the chemicals used in tobacco smoke when they came across something entirely unforeseen. Scientists used genetically modified amoeba to find genes that could guard against smoke. One family of genes stood out from the others when it came to providing defense and producing “survivor” cells: adenine nucleotide translocase (ANT). ANT can help in the development of treatment for the patient to COPD protect them from the smoke.

The novel research findings suggest that upregulation of ANT proteins and/or their agonists can help protect COPD patients from mitochondrial dysfunction, airway hydration, and ciliary motility. This approach offers great future potential for and domestic uses for buildings with low space heating requirements.

COPD has been diagnosed in nearly 14.8 million adults, with 12 million people yet to be diagnosed. In the United States, COPD is the fourth leading cause of death. COPD claimed the lives of roughly 142,000 people in 2014, while lung cancer claimed almost as many (approximately 155,500). 11 Exposure to cigarette smoke causes COPD in almost 8 out of 10 cases. The major advantage of this research is that it can prevent COPD patients from reaching critical conditions. Treatment for COPD patients can help reverse the number of deaths and help pharma companies develop a potential treatment for COPD.

COPD patients have about 20% lower genetic expression of the ANT2 gene than people with normal lung function. They also discovered that when mice are exposed to smoke, their ANT2 gene expression is reduced. According to the research, the mucus becomes too thick in COPD patient, making it tough to get swept; the scientists found that the ANT2 gene produces proteins that localize in and around the cilia that work to release tiny amounts of the cell’s fuel into a watery substance next to the cell. The fuel enhances the ability of the cilia to “beat” rhythmically and regularly to sweep away the mucus.

The discovered genetic mechanism is expected to fuel the treatment of COPD patients. Rather than treating illness, conventional therapies mostly aim to alleviate symptoms caused by inflammatory pathways. The research provided by John Hopkins focused on upstream pathways is likely to be beneficial in developing efficient therapeutics to address the root causes of disease. The novel discovery research, focusing on the pathways, can advance the therapeutic landscape of COPD.

COPD, the world’s third leading cause of death, imposes a huge financial and social strain on patients and society. The disease’s complexities and variability make it difficult to formulate new therapies. COPD is the focus of many studies, intending to understand the disease’s basic causes better and find safe, tailored therapies. Currently, reliable and effective treatment of COPD is not found. Researchers are now shifting focus on an upstream pathway to find the best treatment for COPD, and the previous approach majorly focuses on the treatment of symptoms that were a less effective way of treatment.

During the pandemic, research has centered on the possibility of contracting COVID-19, health effects, and proper care of COPD patients. There is strong evidence that COPD is a significant risk factor for adverse results in COVID-19 patients. COPD was the main determinant of admission to the intensive care unit, intrusive breathing, or death in a retrospective analysis of 1590 hospitalized patients with COVID-19.