1. For cross-licensing or defensive purposes – Patents of a target technology are acquired by companies to address present and near-future risk.  Once a competitor sues a company, the company can acquire patents targeting the competitor to counter-sue the competitor and thus using the acquired patents for cross-licensing or defensive purposes.
2. For expanding product services – A company generally acquires patents to use the technology and Intellectual property to augment and expand the product offerings and add new products.
3. For offensive purpose – A company often acquires patents to add to their existing list of infringing patents against another company to increase the span of the infringement contention.

For acquisition, a company generally targets patents assigned to one or more of the following:

What is a Citation?

Citations come in two variants—forward and backward. In the US, backward citations are created by inclusion on an Examiner’s List of Cited Art or by an applicant’s submission on an Information Disclosure Statement (IDS). Examiners cite patents and applications as blocking subjects in their rejection arguments for either novelty (a 102 rejection) or obviousness (a 103 rejection). 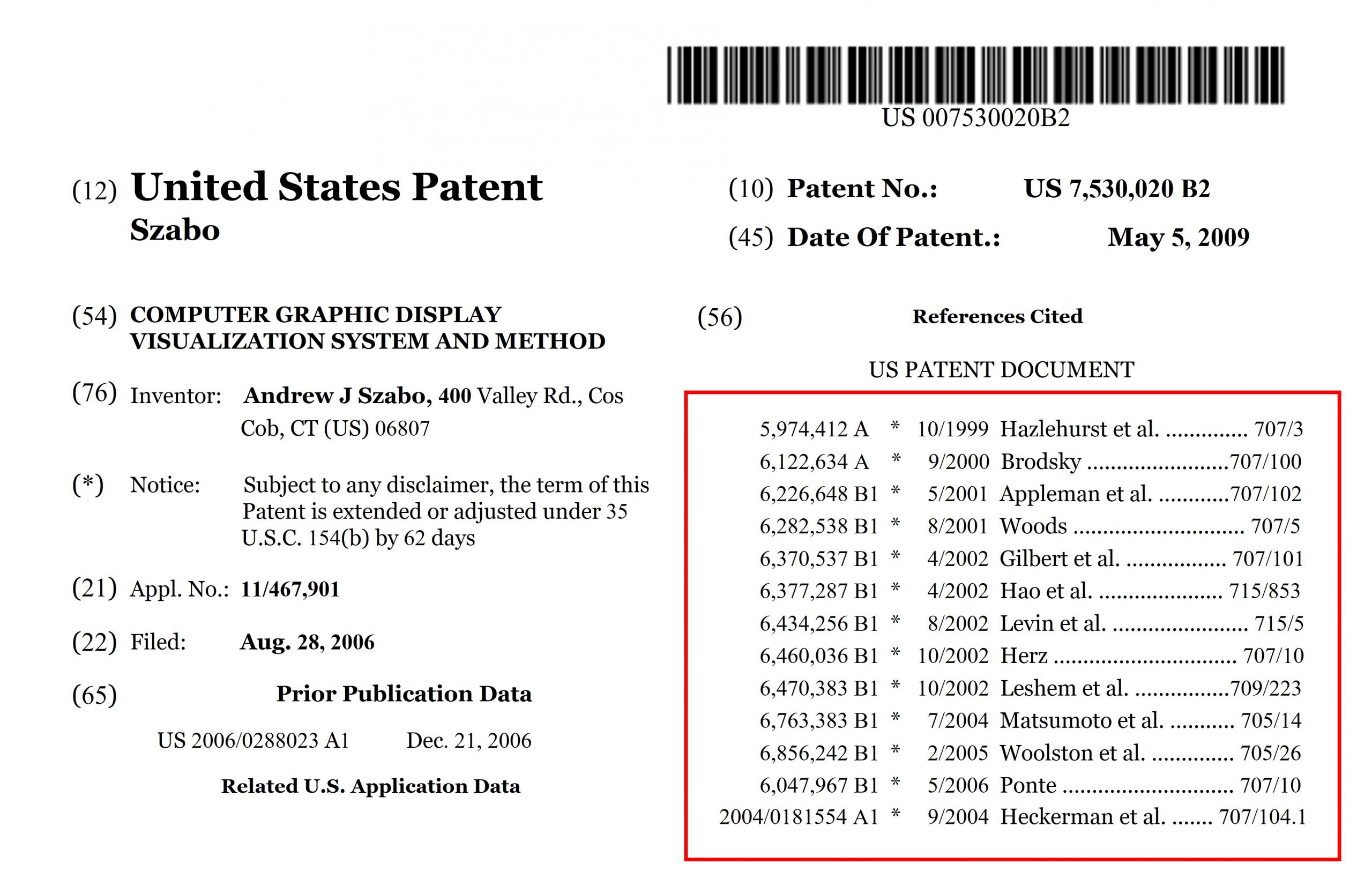 Use of Backward Citations for the Targeted Selection of Patents

The company “X” can acquire patents to increase the number of infringing patents before approaching company “B” for patent licensing or monetization.

A first company wants to acquire a patent to add new functionality to the product portfolio, supplement current R&D functions, or as a defensive means to prevent from future infringement.

As shown below, the US6073130 originally assigned to AT&T Intellectual Property is assigned to Google Inc. on March 28, 2017. 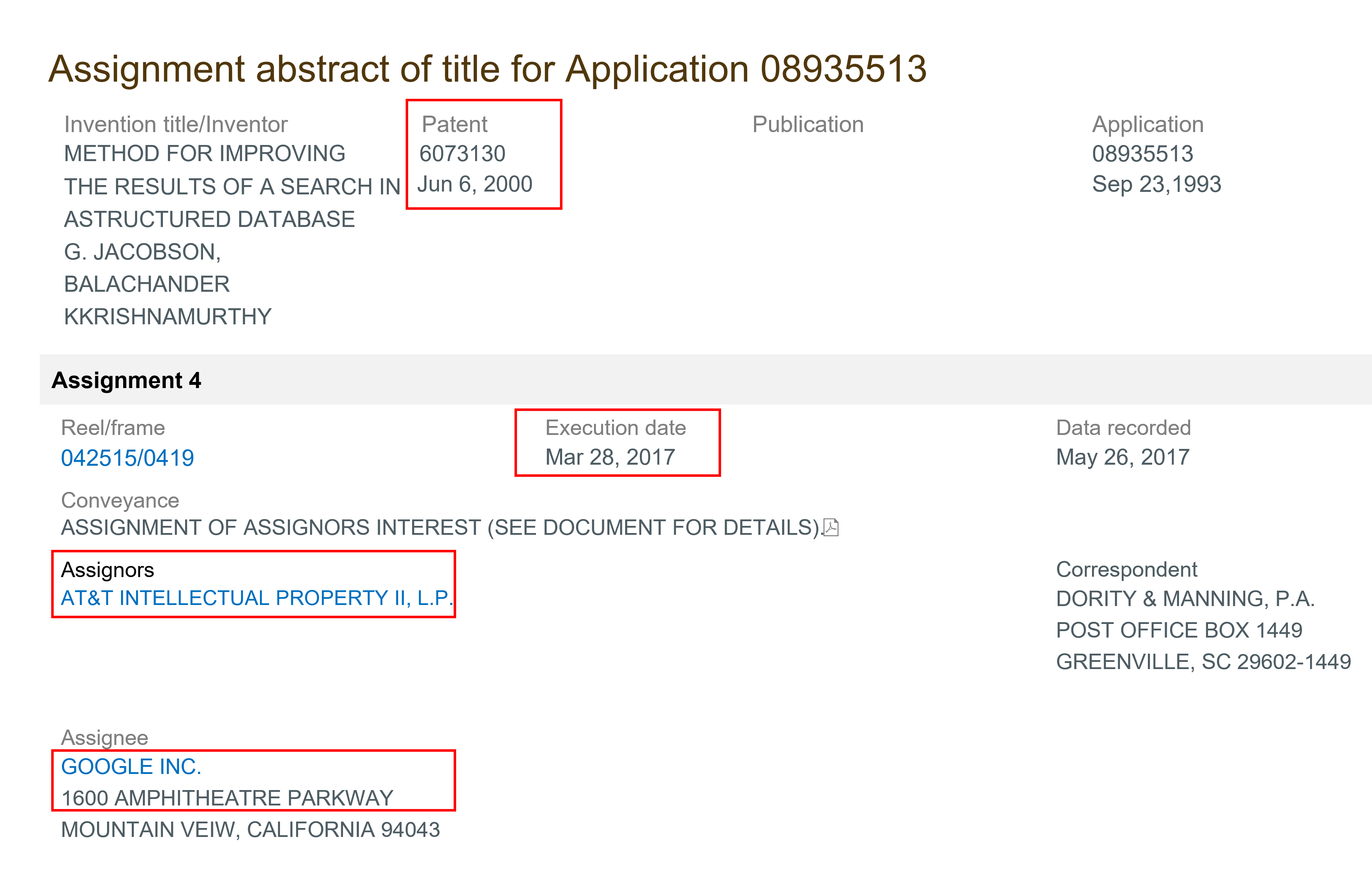 The re-assignment can be indicated based on the fact that US6073130 is an examiner-cited reference for a plurality of Google patents such as US7412708, US8645391B1, and US7680809B2. In addition to these, a lot of Google patents have US6073130 as applicant-cited reference. This indicates the importance of US6073139 for Google. The domain of the patent is also related to the core search engine service of Google.

The Tracking Examiner Cited References of Patent Applications for Acquisition.

If a specific patent occurs for a considerable time across several patents as a prior art reference, then it becomes a potential candidate for acquisition since it can become a threat as well as can act as an opportunity.

We can perform this analysis on a monthly basis to extract insights for you based on the citation analysis of your patent portfolio. In case you want us to set up this tracking service of the patent portfolio, let’s know by filling this form: